Of course we all knew that the fantastic summer we’ve had must eventually come to an end.  And so it did in September.

However, not before a very nice day on the 1st of the month for the rearranged Cheshire Roads Club 50 around a slightly different version of J4/16.

The standard course starts in Twemlow Lane and finishes just before the turn back into it after nearly 3 laps.  The revised version, designated J4/16E, started in Bomish Lane near the start of J2/9.  It then finished just up the bank from Terra Nova School.  I had a decent enough ride apart from a slight problem with my aerobars.  Since I swapped to the reversed USE bars, the horizontal pads were really causing me pain, so I invested in some angled spacers to set the pads at about 20deg and take the pressure off my elbows.  I followed the recommended torque settings (which was slightly below the standard Canyon ones) and everything felt pretty sturdy.  However, the vibrations and rattling caused by Cheshire roads must have caused them to gradually move as over the course of the ride they turned in on themselves so that the ends with the shifters were touching.  This meant I spent a lot of the time slightly prising them apart to a) allow me to get my fingers in and change gear and b) stop them changing gear on their own when I hit a bump (which they did once – threw me off the big ring!)  I’m not sure how this happened because I couldn’t physically turn the bars but it resulted in some serious neck and shoulder ache for me after nearly 2 hours!  The event was really well run but there were a lot of DNSs, probably due to the re-arrangement.  Unfortunately I hear this is the last version of this event, which has been run since 1931.  A real shame.  50M in 01:53:13, 4th from 43 riders (£15 4th fastest, 1st vet, £10 1st team))

The following week was the Weaver Valley 25, also rearranged from earlier in the summer.  The weather for this was atrocious.  I backed my car to a point under the trees at Cranage but still got very wet whilst warming up.  The rain was torrential – at one point I thought the car park might flood!  In fact, the rain continued all the way the start, a good 4 miles or so away.  It continued but eased up a bit during my actual ride and only stopped right at the end.  The ride back to the HQ saw the clouds part and some blue sky!  It was a tough ride in those conditions, and despite resetting them the bars turned inwards again! 25M in 55:23, 2nd from 56 riders (£20, 2nd fastest, £10 2nd team)

The following Sunday morning I was up to 5am to drive to Levens.  The weather was very, very wet and very windy – in fact the standing water and spray on the course meant the organiser cancelled it before it started.  So despite an early start and an hours drive each way, to be frank I was pleased that the organsier had made the call.

My final race of the season, therefore, was the Stretford Wheelers 25 on J2/9.  It was a bit chilly, but relatively dry and calm.  For a couple of weeks I wasn’t training as such, simply messing about on Zwift so I came into this feeling pretty well rested – so I thought I’d try to leave it all out there.  I ended up with a very decent power output, maybe 4 or 5W off my best of the season.  Thankfully, the aero bars remained in the correct position this time.  25M in 55:24, 2nd from 66 riders (£30 2nd fastest, £10 1st team) 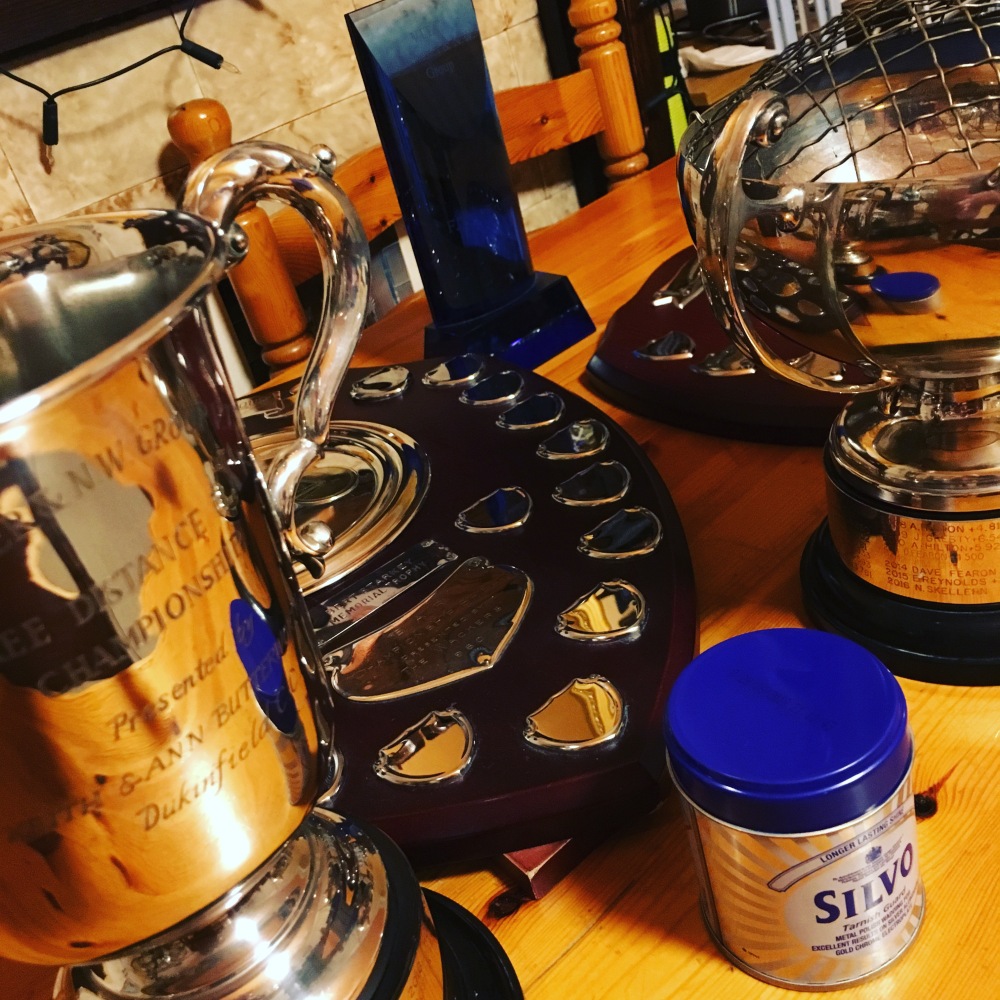 Overall I’m pretty happy with my season.  I had three main goals.  An “18” 10, a “49” 25 and a club record at 12 hours.  I was only going to get close to the first goal on V718, a really fast 10 course, so that went out of the window when racing was banned on that course.  I managed to achieve the other two.  As I get older my other aims were really around age-group and being really competitive against my peers – it’s a fools errand getting frustrated and disappointed about not being able to match people who are 10 to 20-odd years younger than me.  2018 was the first year the Cycling Time Trials (CTT) National Ranking System was live.  I’m not sure of the ins and outs of the points system but basically it is designed to take relative positions of riders in their best 10 races and rank them.  I was 59th* from nearly 9000 riders.  More importantly, there were only 4 riders in the country of my age or higher with more points than me.  I also managed 27th* place in the Best All-Rounder (BAR) which I am very happy with because both my 100 and 12 hour were on courses not considered fast.

*at time of writing

I’ve taken some time off the turbo and started doing some strength training for the first time in many years.  Currently I’m struggling to walk because my legs hurt so much and I’m sure I’ve pulled something in one of my glutes.

I’m not planning on any positional changes other than to slightly move my saddle back – it’s slammed forward at the moment.  I’ll do this for the whole winter to give me time to adapt.  I’m still not convinced about the high hands position despite it being quite comfortable (shown below) 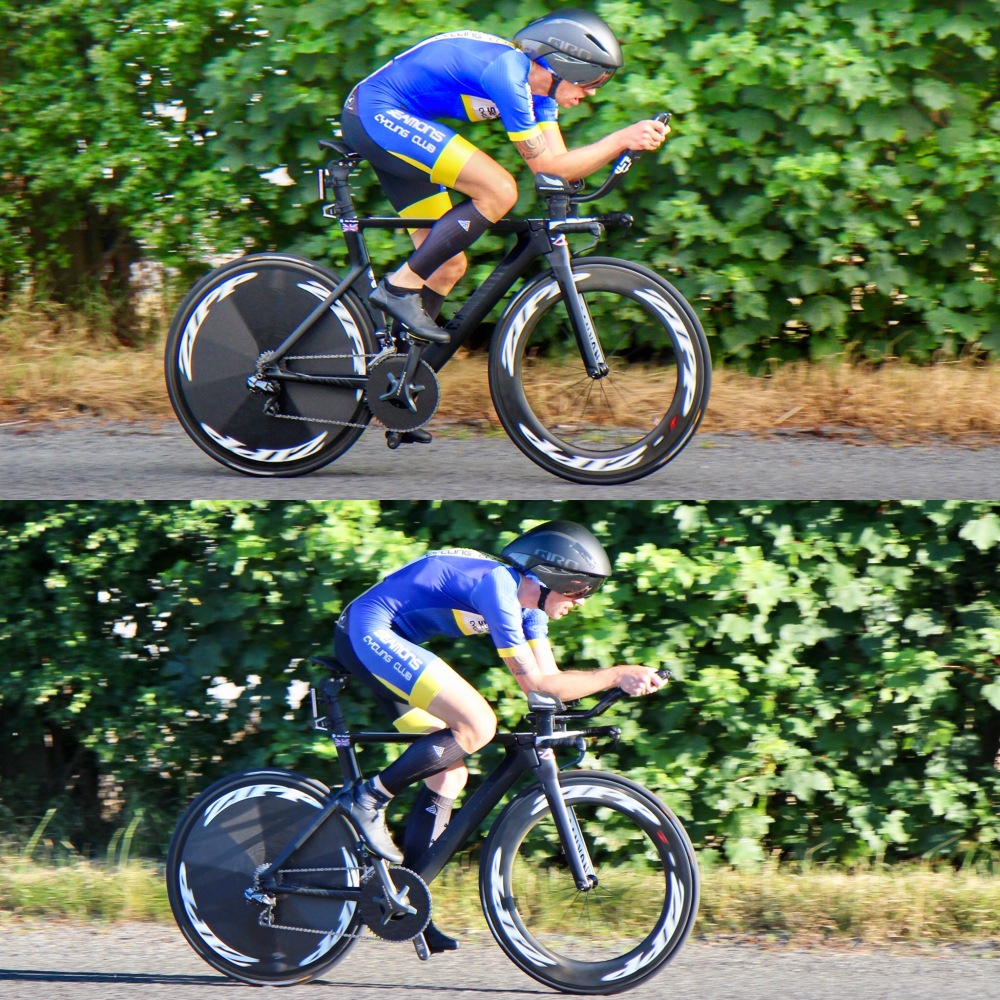 I haven’t done “proper” aero testing but I do analyse races using Mywindsock and Bestbikesplit and the results are inconclusive – probably far too many variables for a real comparison.

In the near future (if my legs and glutes allow) I will begin base training.  I’m following some advice from Joe Friel for over 50’s by incorporating at least one “hard” session (VO2Max or Anaerobic) per week, and some strength training, into a relatively long and easy base programme.  I’ll do that until the end of the year and then work from there.

Thanks to all the organisers, volunteers, helpers and marshalls that have enabled me to race 39 times this season in open and club events, and all things being well I will see you next season for more of the same.  Hopefully faster!