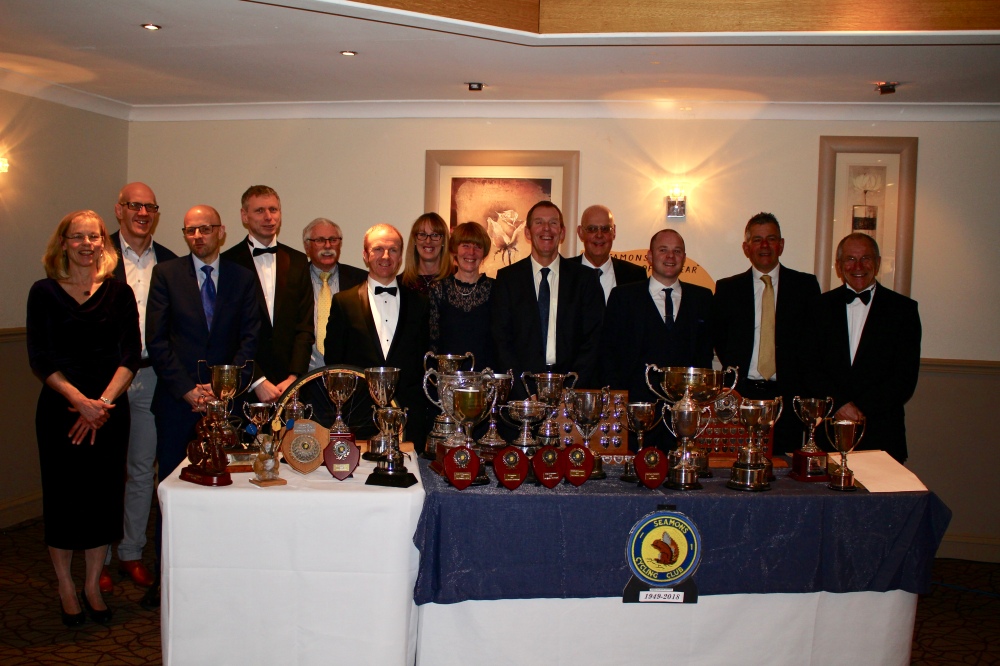 Well the cold snap has continued this month. The first weekend was a write-off – sleety rain on the Saturday forced me onto the turbo but I was determined to get out on the Sunday as cold as it was. However, I turned back after 10 miles because the roads were icy and I didn’t want to risk a fall. So I made do with 20 miles outdoors and then a bit of a turbo session to finish off. During the week on my commute, the mercury dropped as far as -5C which is, as they say, a bit nippy.  The following weekend was no better.  Rain, sleet and strong winds on Saturday.  Ice, hail and settled snow on Sunday and Monday.  Two more weekend days on the turbo and the tram to work on the Monday.  To cap it all my commuter bike was having freehub issues (kindly repaired/replaced by KeepPedalling) and I got my first p******e for ages on my backup Raleigh touring bike.  This turned out to be a large shard of glass that went right through my usually-bulletproof Schwalbe Marathon tyres.  Needless to say, in near zero temperatures, changing the tube was somewhat painful, mainly due to trying to get the tyre back on the rim!

After a brief respite (albeit remaining cold) the weather took a turn for the worse as we approached the end of the month, with a strong Easterly wind bringing in cold air from Siberia.  As is usual with any weather event in the UK, the media and associated meteorologists went overboard with tales of “feels like” temperatures of -10C and the “beast from the east”, but for once it did actually snow and lived up to the hype, stopping me commuting by bike. 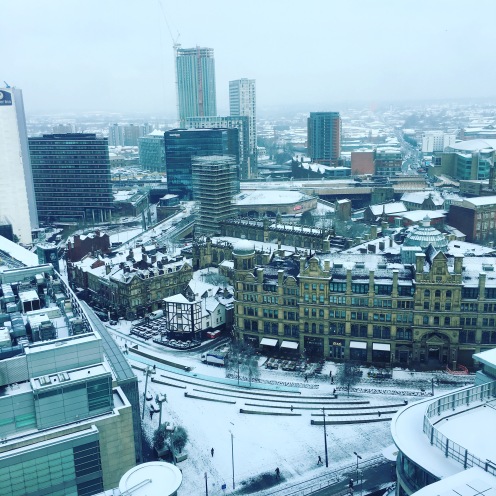 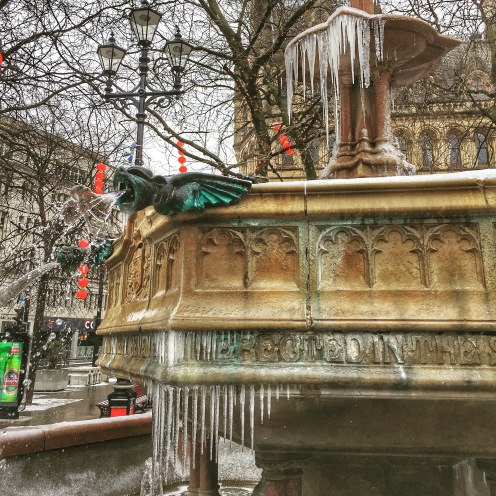 As I publish this it has been compounded by a storm hitting from the south bringing strong winds that are making it feel even colder.

In other news, as I mentioned last month, Highways England had issued a TRO to ban cyclists from the A63, thereby removing the fastest 10 mile time-trial course in the country (V718) and any chance I had of #project 1849 being a success. I, and many others including the CTT and Cycling UK (formerly CTC), wrote off our letters of objection as per the official process and waited with bated breath to see what would happen.  The date for objections was then extended into March so it is still unclear whether this course will be available for racing in 2018.

At the start of February I attended the Seamons Cycling Club 69th Annual Awards Dinner and was presented with the trophies I’d won during the 2017 season. Here’s a picture of me with the Club President 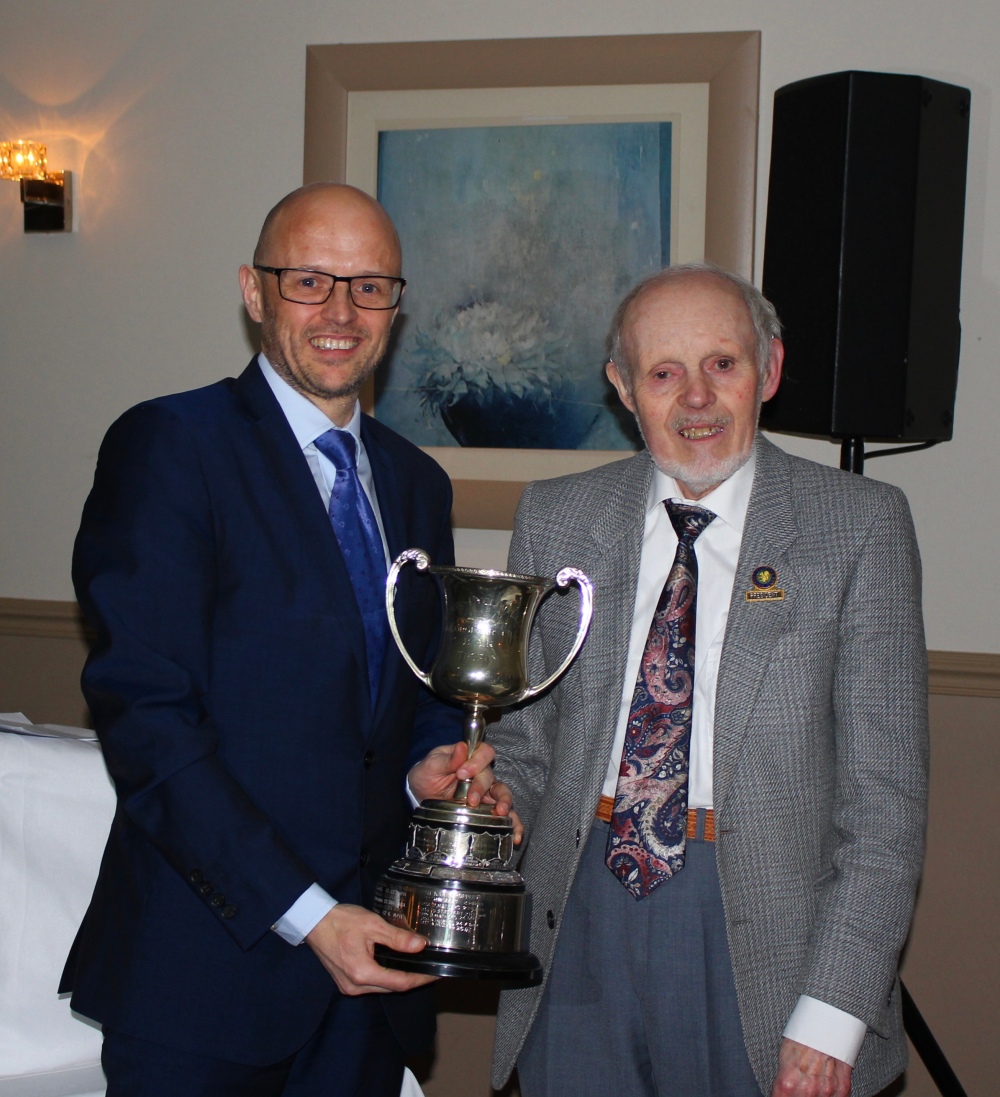 and one with the trophies I received during the evening. 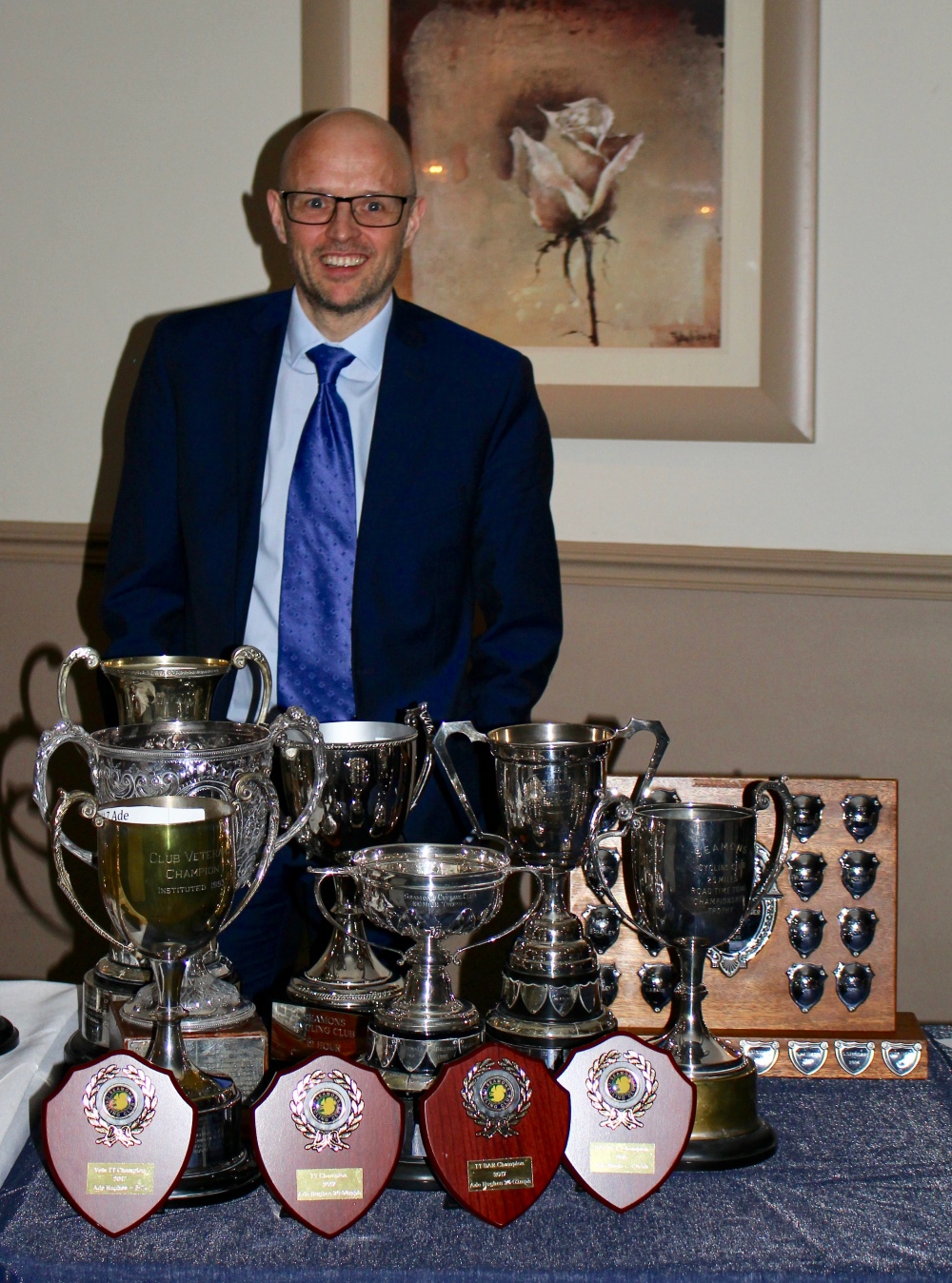 Overall a very satisfying year at the club and a great event to round it all off.

Training hasn’t been great. I somehow strained my hip flexor early in the month (I think – I had pain at the front and top of my right thigh) and that made things more difficult, although it did seem to recover.  To compound it, I am definitely finding VO2Max intervals much harder than I used to (intervals of between 2 and 4 minutes duration at between 120% and 115% of FTP).  I’ve definitely done less work in zones 4 and 5 this year than last – I hope this isn’t significant.

I swapped the old road bike I had on the turbo for my TT bike.  I’ve made some contact point changes to my bike for this year including a Specialized Sitero saddle and new angled Zipp Vuka 110 extensions.  I’m hoping this will improve comfort and allow for a more aero position but my expectation is that it will take me most of March and April to adapt to it properly. 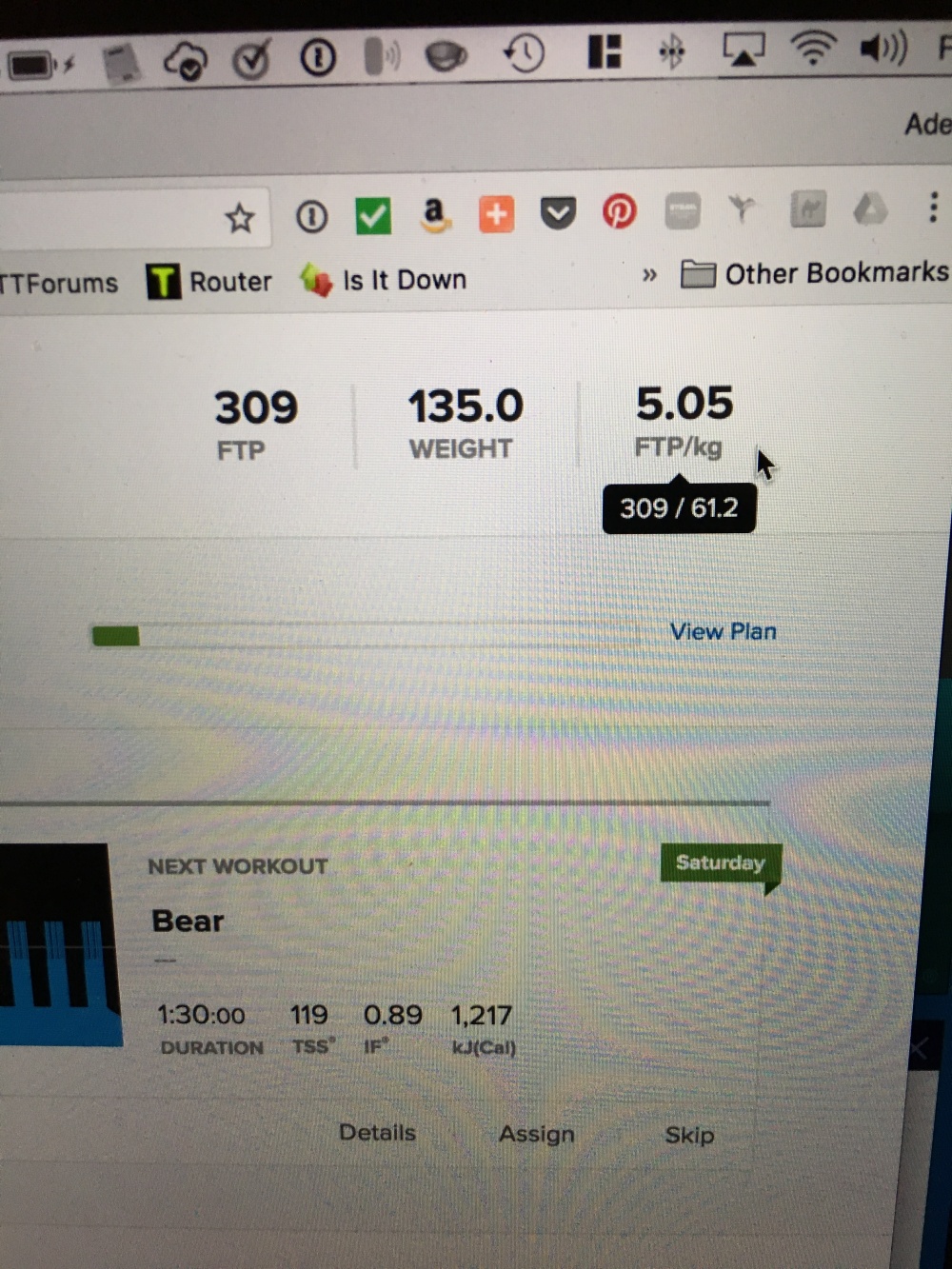 Very little chance of hitting this number in aero tuck

I re-tested on this bike using the new position and it seems to have cost me a small number of watts in power.  I’m hoping that as I adapt that will come back but I doubt I will be able to get all of the power out in the aero position if past seasons are any indicator.

To cheer me up and help keep me motivated I’ve now entered all my planned events for March and April. When the race list comes out in January I use post-it notes to plan in potential races on a wall planner and then Sharpie them in when I book the race.  A simple but effective way of making sure I keep track of what I’m planning and what I’m actually entering.

Finally, as I post this my first race is only days away subject to the snow/ice clearing, which is by no means certain.  I’m not sure I could have trained harder over the winter and my aim isn’t to peak for a while just yet, so although I’m nervous I’m excited.  As this is season 6 I know from experience that the first few races will be horrible so my expectations are quite low, especially as the field for the first race is a quality one.  We shall see.