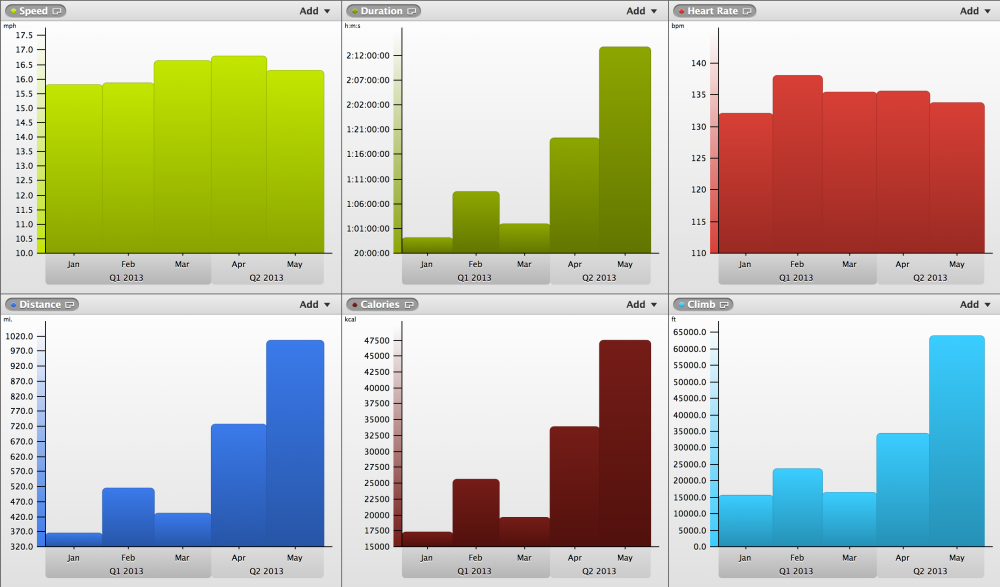 Poor weather meant that I was well down on where I wanted to be in January and March, and although April went some way towards getting back on track, I needed a big month in May.  I had certain training goals I wanted to tick off during the month of May and happily, I pretty much did so.  I managed to cram in five 200k rides, four Kilton’s, three 10M TT’s and a 50M TT, as well as a couple of my own local rides and my commute to work!  Importantly I did two very hilly 200k rides back to back, and felt no ill effects.  What this all added up to was the first month I’ve done more than 1000 miles since I completed LEJOG in 2010, and as a by-product the most climbing I’ve ever done in a single month.  It also means 200km more than LEL, on rides with significantly more climbing, in around 62 hours ride time, which I am very pleased with.